Home  / Why do we love Skulls?
Previous

Why do we Love Skulls?

Why Is Skull Fashion So Popular?

Skull Fashion is not going anywhere so make your statement. They’ve for ages been symbols of a variety of subcultures across the ages however are growing more and more widespread in mainstream fashion. Turn to the runways and skulls are all over the place. Check out street style and skulls still sustain their role in urban and underground settings. You can expect a variety of styles which will appeal to your desires in the same way skulls lend themselves to various subcultures and strive to create a mark in everyday fashion. 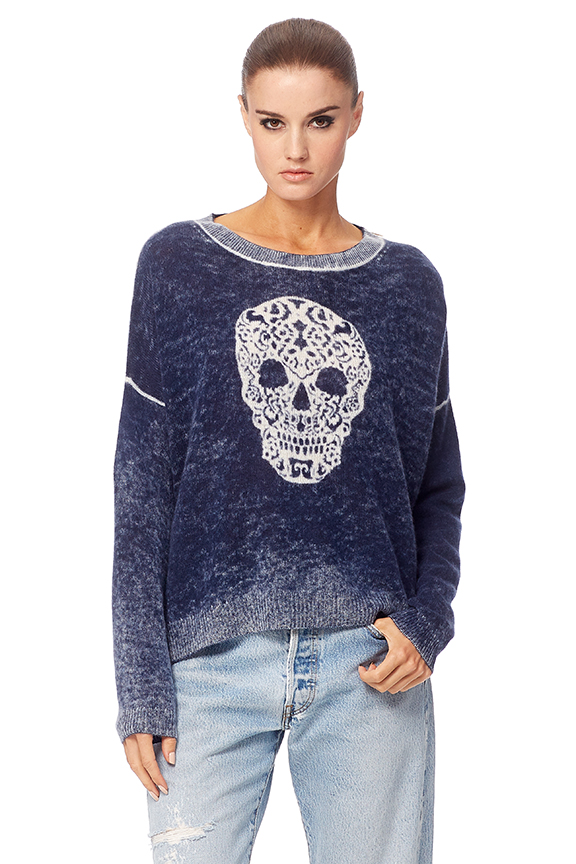 While skull fashion originally started to allow “outsiders” and sub-cultures for example street gangs and motorcycle clubs to flaunt their individuality and uniqueness as well as their alienation from conventional culture, it quickly had become the favorite in the world of fashion by popular approval. Movie and television stars and models quickly embraced the skull concept and brought it to the forefront through live appearances and runway walks. It has now become a frequent fashion statement in most walks of life.

Prepare to become intrigued with the numerous kinds and varieties provided by skull fashion. You will find them in many different fashion clothing items for men and women. In women’s clothing, you will find it in the majority of designs of clothes for example dresses, shirts, hoodies, socks, purses and even more.

A lot of people indicate the “Pirates of the Caribbean” franchise as fuel for skullmania. However the skull’s climb towards the logo throne has more behind it than a Disney marketing strategy. Similar with the trend for angels a decade or more ago, remember the way the little winged creatures were everywhere. The skull is a fashion statement.

Many men and women might avoid this trend as they think skeletons are dark and somewhat morbid, that’s understandable. However, just like any trend, there are various ways in which skeletons are manifesting within the world of fashion. You might notice a sweatshirt having a skeleton printed on it wearing a hat and scarf. Skeletons are manifesting themselves in numerous ways within this trend and this silly sweatshirt is only one example of the way the skeleton has been utilized in an increasingly humorous and light-hearted way.

Skulls aren’t an indication of rebellion; they, somewhat, are designed to remind individuals of mortality and to have fun with the moment. Perhaps it is one reason why skulls endure as being the fashion motif in rings, bracelets, pendants and bangles. These are generally worn not just by biker gangs but by anybody who would like to get noticed. No. It’s not necessarily a sign of morbidity. You could say it represents an enlightened soul with an open mind. It might be the symbol of a strong man too or even a girl who dares to take on the world. The skull and bones is famously the sign made more popular by pirates and rebels. In the end, it comes down to personal taste.

Skulls have transcended their roots in tribal tradition to turn into symbols of the biker movement and today fashion accessories to people who would like to emit a sophisticated yet dangerous vibe. Each Skull piece is simple enough to discreetly tie a look together but has such personality it can easily become the star of your outfit too. That’s the beauty, you are able to suggest sense of badass danger with one look and moody sophistication with another.

Traditionally worn only by pirates, Hell’s Angels, and small boys pretending to be pirates or Hell’s Angels, skulls have emerged as being a hot new fashion symbol. They are everywhere, from Bermuda shorts to boardroom ties. Even hip babies are now able to wear skull adorned onesies and diaper covers! Exactly why are we fascinated by skulls? Maybe because they remind us to never take fashion—or life—too seriously.

The skull symbol has different meaning to each person, with death, obviously, being one of them. To other people, however, the skull can symbolize danger, spirituality, or perhaps the afterlife. For some it’s a sign of luck, triumph over adversity, or a symbol of knowledge gained. Whether or not it carries a personal meaning for you or you just like the skull look, it is just a fashion trend which has been around for quite a while and appears to be here for quite some time to come.

Sign up to get the latest on sales, new releases and more …

BE THE FIRST TO KNOW!